One gourmet party. Four potential couples. The taste of love?

For singer, Marta Field, her return home is bittersweet. Difficult as it is to put her mother into care and clear out her family home so it can go on the market, the hardest challenge is meeting up with Joe Marshall, the man she loved and left behind.

Joe is older now and grounded in the soil of his home town, but Marta can see no long-term future for herself in Rainbow Cove. Besides, she's never forgiven Joe for giving up on their shared dreams. Will the magic of Christmas help these star-crossed lovers find their way back to each other? 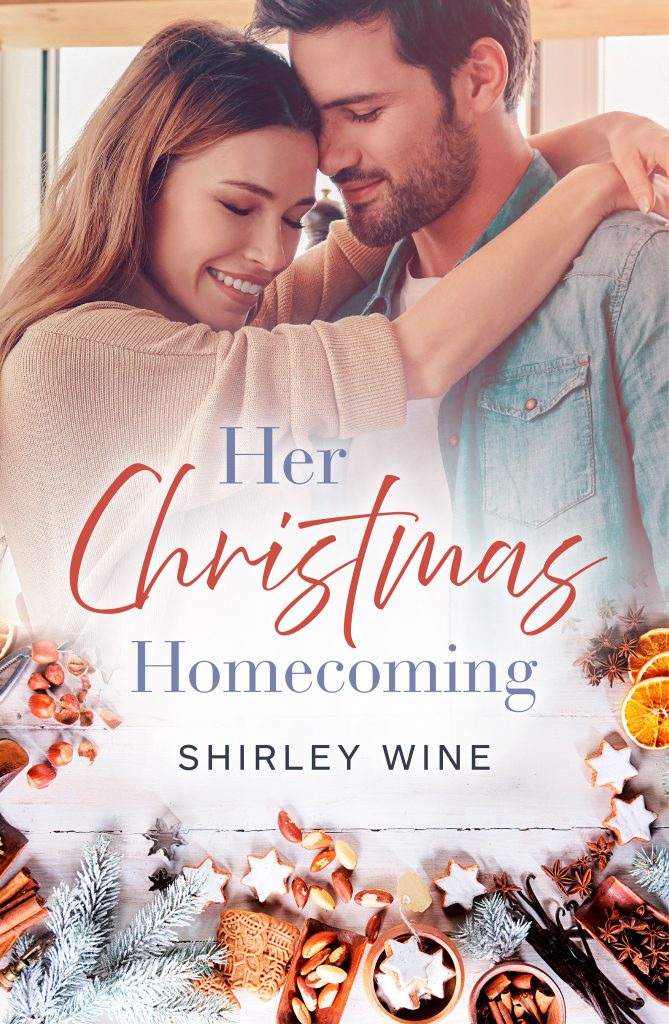 The mist of early dawn was rising from the earth; the leaves on the trees hung limp and motionless; the air held a peculiar breathless quality found only at the edge of daybreak, a hushed expectancy. For these few moments between night and day, it was as if the world and all its cares hung suspended, a time that possessed its own magic. For Joe Marshall it was the perfect moment to share a quiet beer with his dad.

For the longest time, Joe had not been able to come here without a sense of waste and a terrible sorrow. Now, he came to remember the happy times and to acknowledge that today his father should be celebrating his sixtieth birthday.

Joe sighed—ten years gone in the blink of an eye.

The day promised to be another scorcher; not a cloud marred the endless arc of pale duck-egg blue overhead. He walked through the lychgate into the cemetery and the two stubbies suspended between the fingers of his left hand clinked, the sound of glass on glass discordant in the stillness.

He carried a posy of wildflowers—his dad’s favourites—and breathing deeply, he inhaled the morning. He walked past orderly rows of gravestones, each footstep connected with the parched earth causing little puffs of dust to rise. He had deliberately timed this visit to avoid other visitors.

Today he felt the need to be alone.

He knew that Emily Brighton visited her sister Lisa’s grave often and today also being Lisa’s birthday, Emily would most likely do so. It was one of life’s ironies that Lisa should share her birthday with his dad, and that they should both be buried here in Marandowie’s cemetery.

He felt awkward and uncomfortable around Emily’s raw, fresh grief, a reaction that left him shamed and embarrassed. He’d known Emily and Lisa since they were knee-high to grasshoppers. He had grown up down the road from them, and he’d been the one to teach Emily to ride a bike. Had my mother kept pushing Rebecca, it could well be my kid sister who ended up here, buried beside my dad.

How did any parent live with that kind of guilt?

The sobering thought brought Joe up short—he vowed that if he ever had kids, he would make damn sure they were free to create their own dreams. He would never try to force any child to live out his own frustrated hopes.

Despite the early hour, he was mentally running through the day’s chores. The need to find and fix the leak in the irrigation system to his growing houses topped the list. He ducked past the neat hedge that divided the cemetery into quarters, and all thoughts of the day’s chores fled. Dad has another visitor.

From this distance, in the dawn light, Joe couldn’t distinguish anything more than a hunched back shrouded by a voluminous dark cape.

The visitor looked up, and her features went blank with shock.

Joe stared down into a once familiar heart-shaped face and golden eyes, astonishment holding him immobile. Betrayal quickly morphed into blazing anger. ‘Marta? What are you doing here?’

Marta Field scrambled to her feet and stood facing him, her expression hard to read. ‘Visiting your dad; it’s allowed.’

She stiffened, her chin jerked upwards, and her eyes narrowed, but she remained still, trading him glare for glare. The early morning light caught the gold highlights in her hair and intensified the deep amber of her striking wolf-like eyes. In this light the pupils were distended and this accentuated the slanted shape of her eyes—eyes he considered more predatory than striking.

‘I loved your father,’ she said, her voice low and vehement. ‘He was a kind, gentle man who died far too soon.’

‘Yet you never stirred yourself to attend his funeral.’ His voice held a hard, unforgiving edge.

‘And run the gauntlet of your mother’s fury? Your dad did not deserve that. Imagine her horror: how dare that barefooted bastard child come here today, corrupting my precious protégé, encouraging him to squander his God-given talents?’

Joe winced; Marta’s rich voice was a perfect mimicry of Adele Marshall’s. ‘When will you ever leave off putting words in my mother’s mouth? The world doesn’t revolve around her.’

‘Does she know this?’ Marta demanded, her chin held high.

oe caught another, unfamiliar emotion in her voice, one he couldn’t put a finger on, and this disturbed him. But then, being within spitting distance of Marta roused violent emotions in him, and it had always been this way.

‘And you’re still the same vain and self-centred person,’ he said, making no attempt to rein in his anger. ‘What are you doing back here in Marandowie? Slumming?’

‘No.’ Her chin rose a notch, her haunting eyes sparkled with challenge. ‘Not that it’s any of your business, but I’ve decided to come home.’

‘And leave behind all the adulation? Give me a break.’ He clapped a hand to his forehead where a headache began to bloom. ‘Home? Since when have you regarded Marandowie as home? You were the poster girl for the child who couldn’t shake the dust of this place off your bare feet fast enough.’

‘That was a long time ago. People change. I’ve changed.’ Dull colour flooded up under her creamy skin. ‘But you’re still here, still scrabbling in the dirt.’

‘Really?’ He gave a derisive snort; her mocking words scored his pride. ‘Forgive my scepticism, but I’ve never known a dingo change its habits.’

‘One thing that’s sure not changed—you’re still as one-eyed and pig ignorant as you ever were.’ With a toss of her head, she turned on her heel and started to walk away.

Joe watched her for a few moments then said, ‘Marta?’

She paused and looked over her shoulder, her back ramrod straight, her eyebrows raised, a sneer curving her lush lips.

‘Why are you here?’ He hated that he needed to ask. ‘What’s brought you back to Marandowie? Surely our dusty little town is too rustic for some-one with your oh-so-refined tastes. You outgrew this place years ago.’

He didn’t think it possible, but her posture stiffened further.

‘Think again. There are people here in Marandowie who do appreciate my talents.’ Her eyes flashed with angry pride. ‘When did you become such a snob?’

‘Me? A snob?’ Shock and outrage exploded in a burst of raucous laughter.

‘Absolutely, reverse snobbery is as demeaning as the other variety, and just as unbecoming.’