Finally, we have bid goodbye to 2020.  A year of lockdowns, worldwide illness has certainly made it a year to remember, for all the wrong reasons.

It has been a time to reassess what is important in life – and I for one, have been down-on-my-knees grateful to the artists of all persuasions who live among us.

The artists, the musicians, the authors, the actors – just trying to imagine what this past year would have been like without these creatives to brighten long periods of lockdown makes my head ache. I know that I, for one, will NEVER take freedom of movement for granted, ever again.

For centuries, people have revered story-tellers, and 2020 has given the modern world reason to understand why this is so.

From the time of the caveman, when the prehistoric man sat around fires, storytellers have been greeted with much celebration and joy. They were the people who brought news from distant lands, enlivened the dull sameness of everyday life, and expanded horizons.

This pandemic has surely highlighted our continued human need for artists, musicians, and storytellers. Never have I been more grateful for the time and energy other authors expend writing books.

I spent lockdown writing, and this helped the time pass, but I missed so many family milestones… watching our little great-grandson taking his first steps and countless others. But I have produced two new books 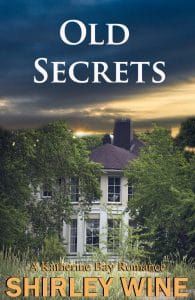 A missing portrait … an abandoned mansion

Arriving in Katherine Bay, she visits Drumullen and is confronted by a stranger with an uncanny likeness to the man who haunts her nightmares. She flees in terror—and suffers a near-fatal fall that leaves her in a coma. When she regains consciousness she has no memory, nothing except instinct to guide her. The discovery she has inherited a half-share in Drumullen is both mystifying and frightening. Ethan Galloway’s return home to Katherine Bay to bury his father is bittersweet. 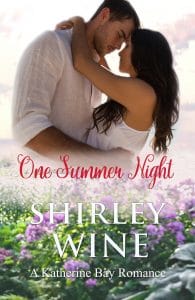 Catfished and scammed, Evie isn’t sure if she should trust the stranger she meets in Murphys Irish Pub.

Another installment in the Katherine Bay Series and the people who live there,