Caught By Her Spell … Available for pre-order

Caught By Her Spell 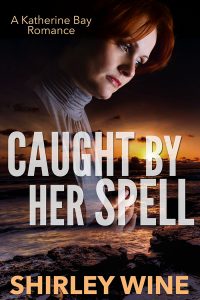 Caught By Her Spell

Is now available for preorder …

His sister is missing and he’ll do anything to find her even if the only person who can help him is the local psychic, a woman he doesn’t trust —

High powered attorney, Grayson Pritchard is the quintessential sceptic –anything he can’t see or touch doesn’t exist –but he will do anything to find his missing sister even if it means consulting a psychic.

Cassie Piper has the gift of sight–and it’s caused her enough grief for two lifetimes– When Grayson seeks her out and demands her help to find his missing sister, Cassie turns him away. He refuses to take no for an answer and leaves her photos. Against her will, she’s drawn into his search –with the photos come the visions, whether she wants them or not–and neither of them anticipate the unexpected connection they forge–

If you like your heroes flawed and emotionally damaged and heroines who are prepared to sacrifice all for family, you will love this series. Follow three siblings and their friends as they struggle against small town prejudice in the search for that special someone who holds the power and enough love to heal their damaged hearts.

I attended a meeting of our local chapter of Romance Writers of New Zealand and it was sobering to realize that I am now a senior member of our local group and RWNZ too – not quite the oldest, but not far off – but you won’t hear me say that out loud.  Our Coast […]