I read a book several years ago titled When Worlds Collide … I’ve long since forgotten who wrote it or what it was about, but for some strange reason the title stuck with me.

And that aptly describes recent events in my life. This has certainly been a memorable winter for all the wrong reasons … it stared in late autumn when I broke my arm … then our son-in-law needed urgent open heart surgery … My DH was sent for a screed of tests and I went down with that nasty flucold virus that 2 months later still has me hacking my lungs up.

If there’s one thing I should have learned by this stage of life, it’s never to ignore a throw away comment. So many crisis in my life have resulted from these seemingly innocuous statements that at the time I didn’t understand they could have life changing results.

Finally, after much persuasion I made DH discuss his continual tiredness with our GP and 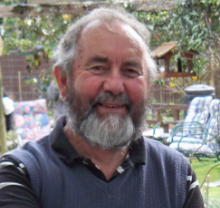 when I went to see her she asked me about it … you know men always play down health issues…so she sent him for a screed of tests. Gastric investigation which found a small ulcer, an easy fix with medication. Heart stress test which turned up abnormalities that needed further investigation…a throw-away comment that should have alerted me.

The sleep apnoea clinic resulted in a directive for him to only drive around town. No long trips which was such a relief for me as he’s scared the bejeebers out of me a couple of times dropping off to sleep at the wheel. Definitely not good for my heart.

So the appointment for his angiogram came and the doctor was explaining that it was a very low risk procedure and there were less than 1% of patients ever had an adverse reaction. Heck I’d had one myself and wasn’t in the least concerned.  DH turned out to be in that minuscule 1%  and had a cardiac arrest and they had to shock him back into the world of the living.

So he now knows what’s causing his tiredness…3 arteries 100% blocked a 4th 80% blocked … but what surprised the doctors, his heart has created its own bypasses but while they have been keeping him alive … they are not supplying him with sufficient blood flow for anything like normal activity, and he is scheduled for open-heart surgery in a week.

When son-in-law had his surgery, he looked at DH and said, “Your turn next.”

A very prophetic throw-away comment. I know thousands of other people have had the same procedure and have survived, but DH is like a cat with nine lives and has already survived so many life threatening health issues he’s a walking miracle… I feel the urge to document our long life together … with all it’s challenges… so perhaps I do this in a series of blogs.

Writing? When worlds collide and life intervenes writing needs to go on the back burner …

4 Responses to “When Worlds Collide”