Serenity wrote …When I first moved to New Zealand, the librarian at the school where I work told me that Kiwi authors have a very strong sense of place….New Zealanders have a strong sense of national identity, and this often filters through into their storytelling….and whereas sometimes a story written by an author in another country could almost be set anywhere, it would be difficult to uplift a Kiwi author’s novel and move it to another place because it just wouldn’t fit.

Her comments intrigued me and I keep going back and back to them … I know she’s right, but the reason is not immediately obvious… So why do Kiwi writers have this strong sense of National identity?

There in no one glib answer. Like a well-cut diamond there are several facets to both the question and the answer.

We are a small Island Nation in the South Pacific and in the early days of settlement our pioneer ancestors had to rely on their wits and ingenuity to survive in what was a hostile and untamed environment. And because

of NZ’s geographical isolation, we became a nation of inventors and excelled in thinking outside the square…if there was a problem, our forebears had to rely on their own ingenuity to solve it.

And this inventiveness is the root of what is colloquially known as our No 8 wire mentality… there is nothing that a Kiwi farmer can’t fix with a piece of No 8 wire. It is tough, strong and malleable and is put to uses that beggar belief.

Primarily a fencing tool, No 8 wire was used to mend machinery, make gates, pull cows, cars and anything else that gets stuck in our sticky New Zealand soils, out of the bog. 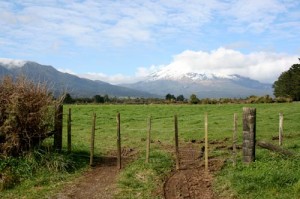 My late father-in-law was even known to mend his work coats with the stuff…cockies (farmers) literally used it for anything and everything under the sun …here’s a picture of the ubiquitous Taranaki Gate…made with strands of No8 wire and a few battens. 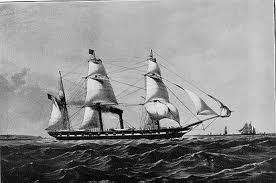 that for so long we perceived ourselves as actually having no or very little National identity.

Our forebears came here on sailing ships like this … The Lady Jocelyn bringing with them all they thought they would need from the “Old Country”…and when they got here realised that what they’d brought was woefully inadequate.

Their roots and ties very much to England or whatever country they originally called home …and because of this perceived lack of National Identity we have actually forged a very strong one…and one that has evolved over time to meld all the strands of people who have settled here with the indigenous people, the earliest settlers to make it to our far-flung shores, into a unique culture. 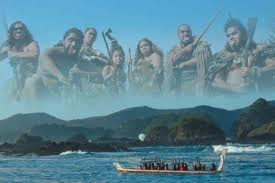 A Maori Waka similar to the ones that brought those early settlers to Aotearoa. 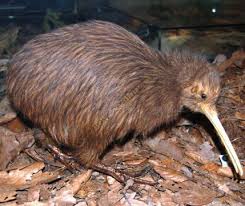 graphic isolation, for centuries NZ had no land mammals and consequently we have a whole host of unique birds found nowhere else in the world.

The flightless Kiwi is one… and this is the bird New Zealanders identify with … it is unique … and the land that gave the world this unique bird, has also given its human inhabitants our own unique sense of identity…an amalgam of so many different people forged into one nationality. 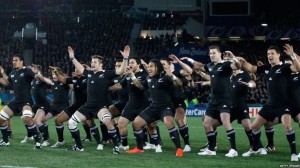 And nowhere is this amalgam of cultures more evident than on the sporting field.  There is not a rugby nation on earth that doesn’t quail when faced with the All Blacks doing the Haka… Men of all ethnicity perform this war dance with a zeal that puts dread in the opposing team’s hearts…

Do my stories have a unique sense of place? Here is an excerpt from Return to Totara Park:

The shared laughter filled her with warm contentment. They sat in the sun and savoured their coffee and just as they finished another truck turned in the gate.

“Let’s hope this lot doesn’t want to demolish the yards. Could you imagine what those heifers would be like to milk?” Jared chuckled, the deep, rich sound made her toes curl in her boots. “They’d probably kick you into the middle of next week.”

Winsome shuddered at the thought of getting close to those wicked flying hooves of that last lot of dairy heifers.

The truck backed into the race and unloaded.

Her breath caught as she watched the dainty yellow Jersey yearlings pick their way down the loading race. With their wide shallow faces, velvety pansy eyes and black muzzles they were as different from the last lot of yearlings as it was possible to imagine.

“Aren’t they lovely?” she breathed looking up at Jared with shining eyes. “Now I wouldn’t mind milking these.”

The heifers walked across to the rail and sniffed curiously at her. She put out her hand and scratched the broad nose of the one in front. The heifer pulled back with a skittish snort, kicking up her heels like a playful deer, making Winsome laugh.

And again in this excerpt from The Return

She sipped her coffee before answering as she marshalled her thoughts. “I had no idea Darkhaven had so many secret, hidden places.”

She half turned towards him. “It’s like there’s the public face, the stables and that big showy mansion, and then there are the tranquil places like this, the private face.”

Piper tipped her head back and looked up into the branches of the giant weeping willow and poplar trees crowded together above them on the slope leading away from the riverbank. A thick undergrowth of flax and native trees was springing up beneath the bigger trees. “This place has the feel as if it’s been used often.”

“Not so much in recent years,” Logan frowned as he looked around. “Once, the cattle used to graze right down to the river, but now only regular maintenance keeps the track and picnic spots navigable, although Fish and Game volunteers do help with maintenance.”

She turned slightly, surprised by his brooding expression. “What do you plan to do about these places? Keep them for private use or open them up for regular trail rides?”

“You mean turn Darkhaven into a dude ranch?”

His outrage at her question made her chuckle. “You make that sound like a communicable disease.”

“We have working racing stables. Can you imagine this place crawling with townies?”

“Plenty of townies,” she made air quotes around the word, “would give their eye teeth to enjoy a week of this peace and solitude. I imagine this spot would be a trout fisherman’s idea of paradise. There are so few places like this within easy reach of a city.”

Logan sat up and looked directly at her, his expression wary. “You’re actually serious? I can’t imagine it ever happening. When you’ve grown up knowing places like this, it defines us. And it’s because Darkhaven has such a public face that we treasure these private spots. The cattle, horses and campfires, it’s in our blood. It’s who we are.”