If You like a feel good romance…. watch this space.

I have two new books coming out soon.

One Hour to Midnight

Due out in early December

Ten years ago Veronica Langdon thought relinquishing her infant son was the toughest choice she would ever have to make….. turns out she was wrong.
Her child is dying and to save his life she has to re-visit her painful past, the child she gave away…. and the man she’s never stopped loving. 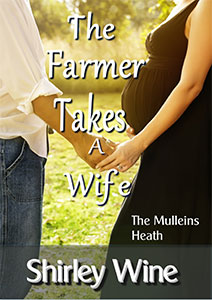 The Farmer Takes A Wife

Pregnant and on the run from a man bent on revenge, Sarah Kreagan turns to her teenage crush for help….and very soon she wonders if turning to Heath Mullein was the right thing to do…because Heath still sees her as the pampered daughter of a wealthy man…

“Respect Sarah, is not something you can command. Respect is earned.”